Animation is a movie (AIF) concluded its fifth annual film festival, with the highest honour, the Grand Jury Prize, going to Little Nicholas (The little Nicolas), the feature film directed by Amandine Fredon and Benjamin Massoubre. The Special Jury Prize was awarded to My Father’s Dragondirected by Oscar nominee Nora Twomey (The breadwinner). In addition, this year’s audience award went to Aurora sunrise, directed by Inna Sahakyan, and the short film jury prize was awarded to ice cream parlors, directed by João Gonzalez.

Little Nicholas has already won a prestigious Cristal at the Annecy Festival this summer. The film follows the adventures of a mischievous boy and his classmates, teacher and parents in Paris in the 1960s.

Twomey returned to AIF this year with her second film, My Father’s Dragon, making its North American premiere. Her debut as a director in 2017, The breadwinnerpremiered in the United States at AIF, winning Jury and Audience Awards before earning an Academy Award nomination for Best Animated Feature. My Father’s Dragona Netflix film, is based on Newbery’s winning children’s book and follows a young boy who flees to an island to rescue and befriend a young dragon.

In addition to winning the AIF Audience Award, Aurora sunrise is this year’s Oscar for Armenia for Best International Feature Film. The animated documentary tells the story of real-life silent film star Aurora Mardiganian, who escaped the Armenian Genocide as a young woman. It had its North American premiere at the AIF and its world premiere earlier this year at the Annecy Festival.

“Animation Is Film is an idea that energizes moviegoers around the world,” said AIF CEO Matt Kaszanek. “For our fifth edition in Hollywood, it was exciting to embrace this idea with the largest audience in the history of the festival! Congratulations and thank you to all of our filmmakers and partners and to everyone who came out to celebrate with us. 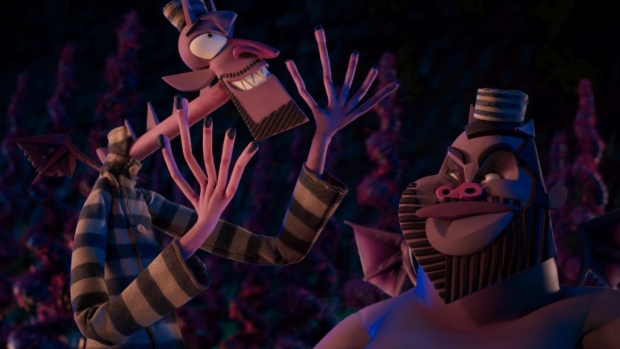 Entertainment 2022 kicked off Oct. 21 with a weekend packed with an international slate of films, kicking off Friday night with the U.S. premiere of Henry Selick’s Wendell and savage. Additionally, the weekend featured several special events, including a behind-the-scenes look at Dreamwork Animation Puss in Boots: The Last Wish with director Joel Crawford and a preview of the next Disney movie strange world.

The AIF also hosted screenings for the Apple Original Films/Skydance Animation film. Chanceby Pixar turn redand GKIDS’ summer ghost. Additionally, there was a unique theatrical presentation of all four episodes of the Netflix/Tonko House series, Oni: Tale of the God of Thunder. Other special sections included the popular Best of Annecy: Spotlight on female directorspresented in partnership with Annecy and Women in Animation.

Source: Animation is a movie